There’s an unspoken, phantom rule in our home. I call it “The Rule of One.” Maybe this rule is enforced in your home, too. But maybe you’ve never heard it called by it’s name. I’ve heard from others that this law, this force of nature, if you will, hovers over many households.

It has occurred to me that it might be a phenomenon only in larger than average households, but maybe not. It can be summed up in the number ‘one.’  One bite. One glass. One serving. One slice. The last one before it’s gone, finished, consumed. It is apparently forbidden to take the last of anything.

An entire gallon of milk will be consumed, except for that one last cup, left to take up prime real estate in an overcrowded frig, just because. Just because no one wants to get blamed for using up the last of the milk. Just because someone would rather forgo milk with their snack than to take the time to dispose of the old milk or open a new gallon.

A whole household of Biscotti Lovers will leave that very last Lemon Biscotti because, well, you know, they were mom’s anyway, and no one wants the blame for finishing ALL of them! And there it sits, among family who on the surface appears to have the very best of manners, allowing someone else to have the last bite, when in reality, no one wants to be the one given credit for finishing anything off.

The Rule of One. It’s for real. I’ve witnessed it. Have you? How is it in your home? Do you see evidence of this strange and powerful force?

Thanks for the visit. You’ll find all my I.R.L. visits by clicking on the coffee cup.  See you tomorrow!

Sharing this post at some of these wonderful places. 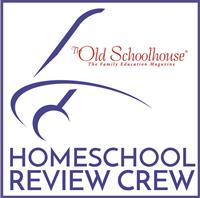